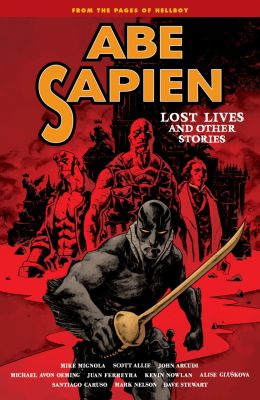 Abe Sapien confronts South American vampires, a lake serpent, and a disembodied Lovecraftian tentacle, while uncovering the secrets of a 19th century necromancer who still walks the earth, and a frozen merman that may prove to be the missing link between himself and mankind.

These five stories trace the history and pre-history of Abe Sapien's adventures, from his earliest days in the Bureau with Hellboy (as drawn by Kevin Nowlan) through the frog war, featuring an appearance by deceased homunculus Roger, to his current evolved form, when he's looking back on his life as a man in 1850s England.