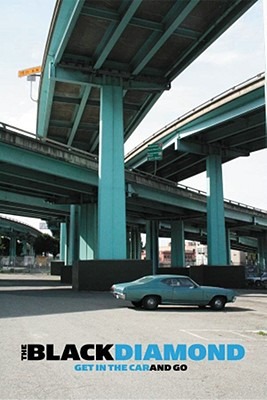 
Fifty years from now, an elevated highway spans the nation. Initially a response to international terrorism, the US government grounds commercial airline flights and builds "The Black Diamond." The project leader and chief architect is named Jim Maddox. Years pass and Maddox's daughter, Kate, becomes an engineering savant in her own right. Married to Dr. Don McLaughlin, DDS, they have an idyllic relationship; both the top of their fields and highly respected. But when the government decides to clean up The Black Diamond heading east and Kate is kidnapped to be used as a hostage by forces loyal to the road, Dr. McLaughlin has to borrow his brother-in-law's illegal 1973 Mercury Cougar to get on the highway and rescue his wife 150-feet above and 100-miles-an-hour faster than anything he's ever known He wants his life back; he needs his wife back. It's life in the fast lane.