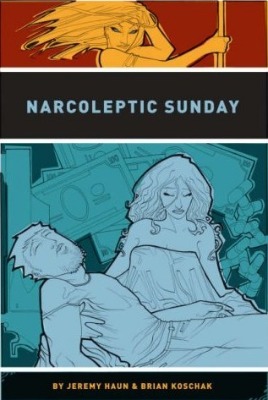 
Jack Larch can sleep anywhere. Buses, police stations, strip clubs... In fact, being a narcoleptic, he can't help but sleep. But Jack's condition doesn't make him a murderer. Or does it? After a one-night stand with the girl of his dreams, he wakes to find her dead and himself a suspect in her murder. Following a series of anonymous clues, Jack fights for his life as he gets closer to the secret surrounding her mysterious death.