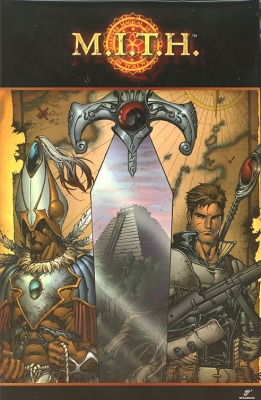 
What if magic was real? And what if the CIA were the only ones who knew about it? In M.I.T.H., the Magical Intelligence Tactical Headquarters controls the real secret behind America's military might - magic wands, crystal coffins, and the occasional hundred-eyed invisible giant! Special-ops soldier Hamilton Crow and the M.I.T.H. squad pursue stolen nuclear weapons through the Mayan underworld in a desperate bid to stave off the Apocalypse!