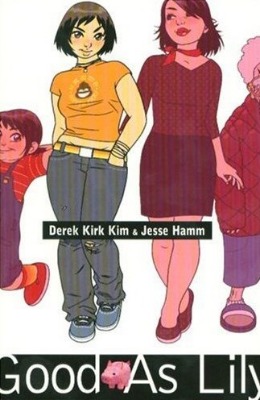 
What if your biggest competition was…yourself? Following a strange mishap on her 18th birthday, Grace Kwon is confronted with herself at three different periods in her life, ages 6, 29 and 70. The timing couldn't be worse as Grace and her friends desperately try to save a crumbling school play. Will her other selves wreak havoc on her present life or illuminate her uncertain future?

Writer Derek Kirk Kim scored the "triple crown" with his debut graphic novel, Same Difference and Other Stories, winning all three major industry awards: the Eisner, Harvey, and Ignatz. It was also selected as one of the best books of 2003 by Publishers Weekly.

Jesse Hamm's cartooning has appeared in various mini-comics, anthologies and on the web.