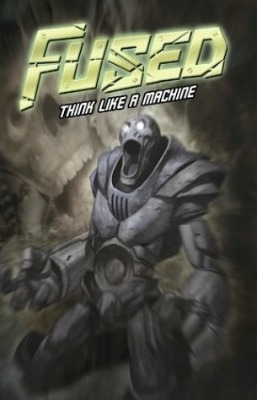 
Don’t miss out on an all-new adventure from the mind of Steve Niles creator of 30 Day of Night and Criminal Macabre: A Cal McDonald Mystery!

For Mark Haggerty life has become more than a little complicated. He’s been fused inside of a robotic Cy-Bot exo-suit, forced to live on a military base, and become the subject of endless tests, all the while trying to figure out how to relate to his wife from inside a hulking metal body. If that weren’t enough now he has to defend himself against the unwanted advances of group of superheroes who want to recruit Mark into their ranks... It’s enough to give even a robot an ulcer—and judging from the mysterious ache in Mark’s metal "stomach" it may just have done that!