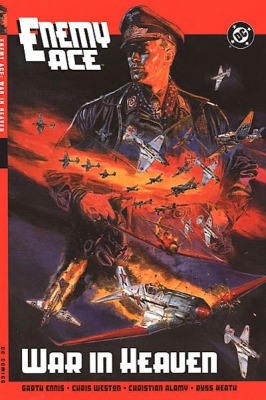 
From 1914 to 1918, Hans Von Hammer earned the nickname "The Hammer of Hell" in the bloody skies of World War I. Now it's World War II, and blood rains from the skies once again! Von Hammer, the finest pilot Germany has ever known, is now a 46-year-old man with plenty of enemies in the Nazi regime. This edition also includes a classic World War One Enemy Ace tale by creators Robert Kanigher and Joe Kubert reprinted from STAR-SPANGLED WAR STORIES #139!