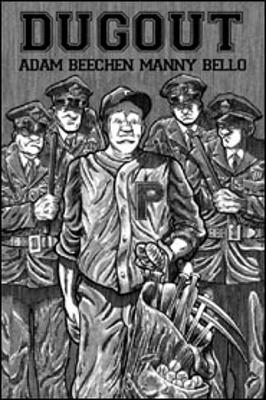 
It's action on the field and off as two great American pastimes collide in a new graphic novel by the team of Adam Beechen and Manny Bello (HENCH)! It's 1960, and the only thing that can save in-debt manager Cookie Palisetti and his sinking pro baseball team is getting his star pitcher out of prison. When the courts won't show mercy, Cookie plans an exhibition game against the prison team — as cover for the wildest, most unlikely jailbreak ever!