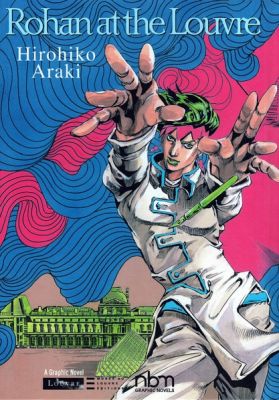 Manga: Rohan at the Louvre (engl.)

By the bestselling author of JoJo's Bizare Adventure. Stunning illustrations depict an original fantasy story in this captivating graphic novel. As Rohan, a young Japanese manga artist, is drawing, he meets a mysterious, beautiful woman who tells him of a cursed 200-year-old painting. The painting was created using the blackest ink ever known, which came from a 1,000-year-old tree that the painter had cut down without the approval of the Emperor. The painter was executed for this, but the painting was saved from destruction by a curator of the Louvre. A decade later, Rohan visits Paris and asks the museum to unearth the painting from deep within its archives—but he is completely unprepared for the power of the curse he has unleashed.