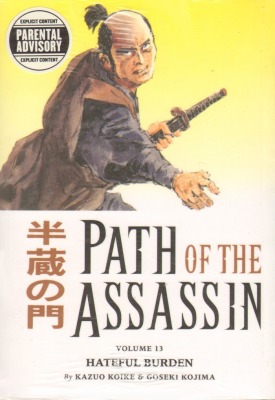 In the politics, struggles, and battles that lead to the birth of a nation, sometimes even good people must die at the hands of allies. And now it's down to only a few warlords of Edo-era Japan. History already tells the story of the victor, but the real guts of Path of the Assassin lie in the characters behind the scenes--the ninja warriors doing the dirty work. Theirs is a story of families and war and intrigue, only far more mysterious and untold.