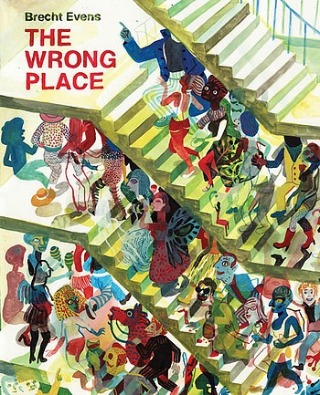 Rendered in vivid watercolor where parquet floors and patterned dresses morph together, Wrong Place revolves around oft-absent Robbie, a charismatic lothario of mysterious celebrity who has the run of a city as chaotic as it is resplendent. Robbie's sexual energy captivates the attention of men and women alike; his literal and figurative brightness is a startling foil to the dreariness of his childhood friend, Francis. With a hand as sensitive as it is exuberant, Brecht Evens's first English graphic novel captures the strange chemistry of social interaction as easily as he portrays the fragmented nature of identity. Wrong Place contrasts life as it is, angst-ridden and awkward, with life as it can be: spontaneous, uninhibited, and free.