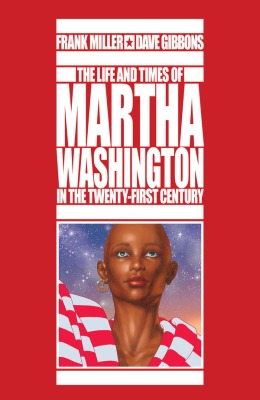 Comic: The Life and Times of Martha Washington in the Twenty-First Century (engl.)

Our story begins in the squalid corridors of a maximum-security housing project, where a young girl will rise from the war-torn streets of Chicago to battle injustice in a world insane with corruption. She will be called a hero, a traitor, and nearly everything in between, but all along the way, her courage, her integrity, and her unwavering commitment to that most valuable of rights -- liberty -- will inspire a movement that will never surrender.

* The ultra-limited edition features tip-in pencil art by Dave Gibbons that is signed by both creators and numbered to only one hundred copies!