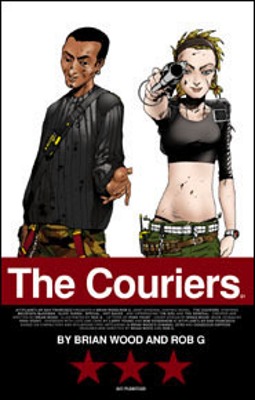 They do the work the normal couriers are only barely aware of: intelligence, large cash transfers, protection, assassinations, blockade-running... you name it. But there is one job they always knew they would refuse, known as a "biologic." But when the package turns out to be a young deaf/mute girl from Nepal, with a gone-rogue Chinese Red Army Brigade hot on her heels, how can they NOT get involved?

THE COURIERS is a pure action movie on paper. Also read The Couriers: Dirtbike Manifesto.