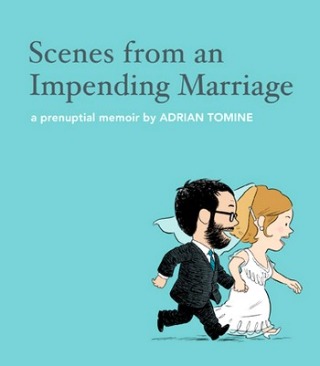 YOU ARE CORDIALLY INVITED
to witness the hilarious true story of one couple's long march to the altar. Best known for his cover illustrations for The New Yorker and for the critically acclaimed graphic novel Shortcomings, Adrian Tomine now opens the pages of his private sketchbook to reveal a witty, intimate account of the heady months prior to getting married. Through a series of comic vignettes, Tomine captures the amusing, taxing, and often absurd process of planning a wedding, as well as the peculiar characters and situations that he and his fiancée encounter along the way. Filled with incisive humor, keen observations, and unabashed tenderness, Scenes from an Impending Marriage is a sweet-natured document of the little moments leading up to the big day.