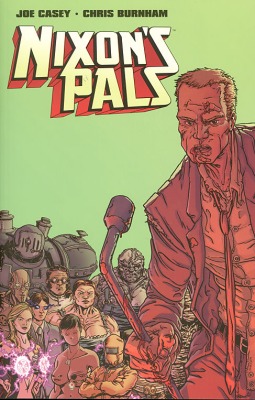 What's worse than being a super-villain in Los Angeles County? Being their parole officer, of course! Meet Nixon Cooper and his colourful cast of parolees at large, hanging on by their fingernails in the morally ambiguous underbelly of L.A. But who's got it worse - the criminals who're struggling (and often failing) to live the straight life? Or Nixon himself, struggling to keep up with all of them? And who the hell is sleeping with Nixon's wife?!