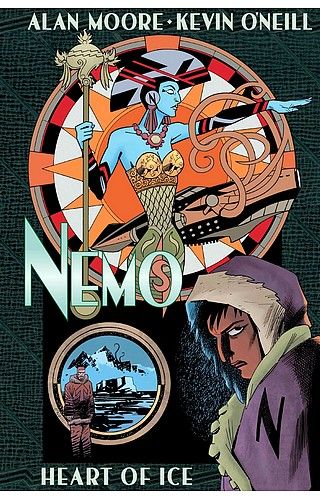 It's 1925, fifteen years after the death of Captain Nemo, when his daughter Janni Dakkar launches a grand Antarctic expedition to lay the old man's burdensome legacy to rest. Accompanied by Nemo's shipmate Ishmael, a ration of rum and her father's log, Janni embarks on a perilous journey to the bottom of the world pursued by employees of the megalomaniacal Charles Foster Kane who seek the return of plundered loot. Jules Verne meets H.P. Lovecraft in the final showdown beneath the Mountains of Madness - the uncharted gap in the map where our hero's reality cracks.