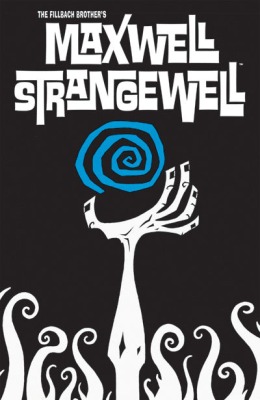 The Fillbach Brothers proudly present their most ambitious work to date! After putting their sci-fi skills to the ultimate test in six volumes of the best-selling series Star Wars: Clone Wars Adventures, Matt and Shawn up the ante with a novella-length tale of aliens, amnesia, and the galaxy itself in peril.

Photographer Anna Gilmour discovers a ten-foot-tall being immediately after his fall to Earth. He can't speak, but communicates through telepathic empathy, and Anna introduces him to her father as "Max." Their home is soon beset by a sea of beatific Tibetan monks, alien assassins in disguise, and heavy weapon fire! Max might not know who he is, but a lot of others sure as heck seem to. A galactic free-for-all is about to go down and Earth is ground zero. Before the final act, Anna and Max encounter a prophecy, the man in the moon, an entire race of alien accountants, and the Revolver-an innocuous-looking jogger responsible for keeping the world spinning. This massive tome is a page-turner you won't be able to put down, and prove that these brothers are a pair to watch!