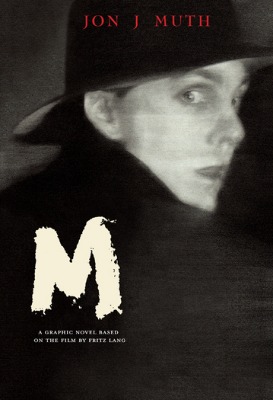 Behind every great suspense thriller lurks the shadow of M. In Fritz Lang’s first sound film from 1931, Peter Lorre delivers a haunting performance as a serial killer—a whistling pedophile hunted by the police and brought to trial by the forces of the Berlin underworld.

In 1990, a young painter, Jon J Muth, continued his rise in the comic book industry by adapting the story of M into a four-issue comic book miniseries. Muth’s photorealistic illustrations paved the way for the acceptance of painted comics, influencing a generation of artists who followed him.

Long out of print, these four issues are collected together for the first time as a hardcover graphic novel with an introduction by Adam Kempanaar of Filmspotting.