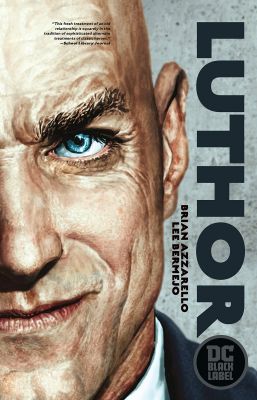 Superman has been called many things since he first appeared in the skies above Metropolis: the Man of Steel, the World's Greatest Hero--even the Big Blue Boy Scout. Now his oldest and most implacable foe has given him a new title: Humanity's Greatest Threat.

In this compelling study of the ultimate clash of wills, the New York Times bestselling and Eisner Award-winning team of writer Brian Azzarello and artist Lee Bermejo (Batman: Damned, Joker) opens the mind of Lex Luthor to reveal the true motivations behind his legendary animosity toward the Last Son of Krypton--as well as his ultimate plan to defeat his invulnerable adversary.