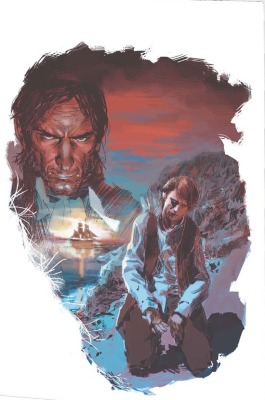 
Collecting all five issues of the seafaring classic by Robert Louis Stevenson. Young David Balfour’s parents are dead and he now wants to see the world. He learns that his father’s brother, Ebenezer, may have killed his brother for the estate. It appears Ebenezer wants David out of the way, and will go to any length, perhaps even murder. His troubles are only beginning. Don’t miss this fine adaptation by the same team who brought you Stevenson’s TREASURE ISLAND in Ilustrated form. Collecting MARVEL ILLUSTRATED: KIDNAPPED! #1-5.