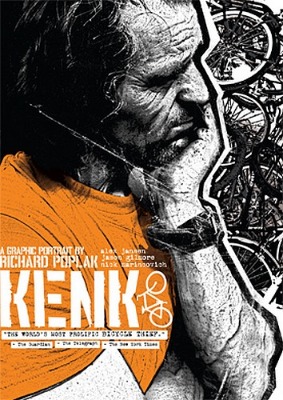 A journalistic graphic novel profiling Igor Kenk and his notorious used bicycle shop, located in the rapidly gentrifying West Queen West neighbourhood of Toronto. in Summer 2008 Kenk was arrested after 3,000 bicycles were seized in a highly publicized bust that received international attention, heralding Kenk as “the world’s most prolific bicycle thief” (The Guardian and Telegraph). This is a New Yorker style portrait of an outsize neighbourhood figure and a city in flux, both wracked by the forces of gentrification and by a burgeoning global environmental and economic crisis that promises to define our generation.