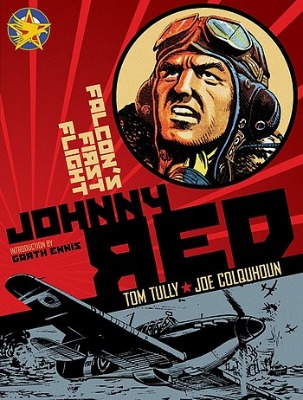 When pilot Johnny Redburn is discharged from the RAF for striking an officer, he is forced to join the Merchant Navy. But a German sneak attack forces Redburn back into the air — in a stolen Hurricane! Redburn aims for Russia, planning to save his plane and career, but on landing, meets the “Falcon Squadron” of the 5th Soviet Air Brigade, who are under German attack! Redburn takes to the skies once more — to fight for Russia!

The classic series by Tom Tully (Roy of the Rovers) and Joe Colquhoun (Charley’s War) makes its explosive debut and includes a new introduction by comics legend Garth Ennis (The Boys, Preacher, War Story) and a feature on air combat!