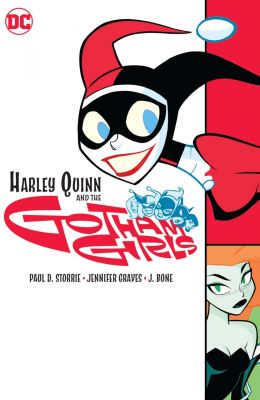 Unable to resist a golden opportunity to fund her beloved lion preserve, Catwoman heists a vial of a mysterious formula for a shady company-only to discover she's actually working for Harley and Ivy! Detective Renee Montoya, investigating the theft of the formula, follows the deadly trail of Poison Ivy and Harley Quinn, while Ivy tries to convince Catwoman and Batgirl that they should cooperate with her. Then, Harley Quinn gets control of the chemical formula everyone wants, which means that nothing goes as planned-not even for her best pal, Poison Ivy! Collects Gotham Girls #1-5.