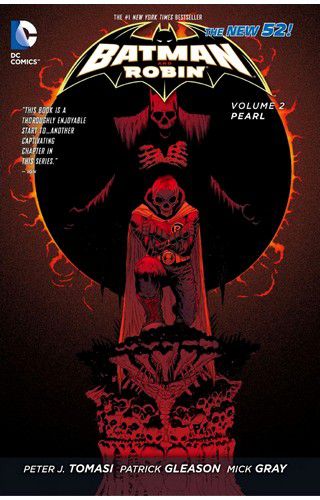 After the events of BATMAN & ROBIN VOLUME 1: BORN TO KILL, it's obvious that Damian has a long way to go before he'll be accepted into Gotham City's crimefighting family. Will Damian ever be able to live up to the standards that Nightwing, Red Robin and Red Hood set before him?

After a battle with the former Robins, can Damian's convictions stand up to a confrontation with the Dark Knight's greatest foe: The Joker?