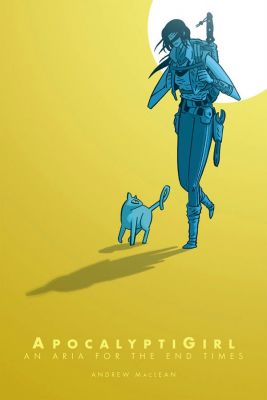 Comic: Apocalyptigirl - An Aria for the End Times (engl.)


Alone at the end of the world, Aria is a woman with a mission! As she traipses through an overgrown city with a cat named Jelly Beans, Aria is on a fruitless search for an ancient relic with immeasurable power. But when a creepy savage sets her on a path to complete her quest, she’ll face death in the hopes of claiming her prize.