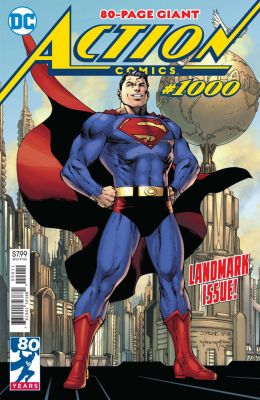 Celebrate 1000 issues of Action Comics with an all-star lineup of top talent as they pay tribute to the comic that started it all! From today’s explosive action to a previously unpublished tale illustrated by the legendary Curt Swan to the Man of Tomorrow’s future—this very special, oversized issue presents the best of the best in Superman stories!

Includes 10 different Covers, as shown as in the second image: